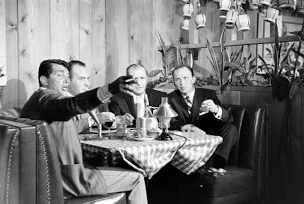 As was Made by CHEF COSTA 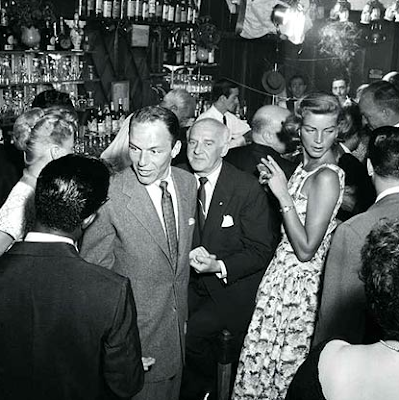 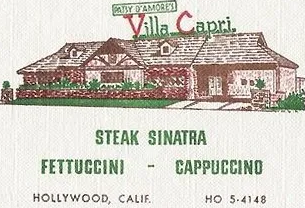 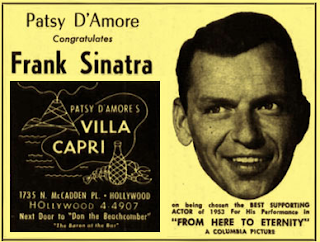 As a boy and young man, Dolly Sinatra would often make Frankie Spaghetti & Meatballs, which Frank loved all his life, from his Mom and at his favorite restaurant “Patsy’s” on West 56th Street in New York.

To make “Sunday Gravy alla Sinatra,” simply make the above recipe for Spaghetti & Meatballs. Cook and brown 1 ½ pounds of Italian Sweet Sausages, and after you have completed step # 5 in previous recipe, add the browned Sausages and continue cooking and following the above recipe. After you have simmered the tomatoes and sausages for 1 - 1/4 hours, you will brown the meatballs and add to “Sauce.” Continue cooking another 35 minutes, on the lowest simmer, and “Voila,” you’ll end up with Sunday Sauce Gravy alla Sinatra, “Just the way Frank liked it!”
PS .. For the most authentic version of the way Frank ate Sunday Sauce Gravy, use Ronzoni brand Spaghetti or Rigatoni pasta, and don’t forget to have some Frank Sinatra records playing as you make the Meatballs & Gravy and when you are eating as well. And it is definitely to have Dean Martin, Tony Bennett and Jerry Vale playing as well, but Sinatra is a must. Bon Appetito!
EXCERPTED From SUNDAY SAUCE by Daniel Bellino-Zwicke
See SUNDAY SAUCE For Complete Recipe ... SUNDAY SAUCE - When Italian-Americans Cook
is Available in Paperback & Kindle on AMAZON.com

RECIPES FROM MY SICILIAN GRANDMOTHER